Tell me that this headline is not straight out of Sid Meier's Civilization! I am sure that the real reason the People's Party moved to protect private property was something like this:

Beijing, Office of the President of the People's Republic of China. A massive, modern executive desk dominates the room, It is empty except for a small Japanese sub-notebook, and an intercom. Behind the desk, a big, comfortable looking office chair. Behind the chair a framed portrait of Chairman Mao Zedong. A door opens to the left. Hu Jintao enters, with his back to the room, shouting.

Hu: I do not care! Dissidents, Schmissidents. Just shoot them or whatever! I am not to be disturbed!

Hu: Fucking amateurs. Now, back to the capitalist swine. Death to all Americans!

Sits down at the laptop. The starting melody of Civilization I plays.

Hu: Ha, a few more turns, then I will have Gunpowder, and my Musketeers shall crush your puny Civilization!

Laptop: The Americans adopt the republic.

Hu: Big fat help that will be. I got Communism since turn 15. Hmmm, how to raise more money, I need a bit for my war chest.

Hu: That helped. Look at the gold rushing in. Private property always fills my coffers, he he... ... ... Wait a moment.

Presses a button on the intercom. A buzzing sound is heard

Hu: Ming, do we have private property in the People's Republic?

Ming (shocked): But of course not, Sir! Chairman Mao abolished it back in '53!

Hu: Well yes, yes. Times change, you know. I am sure he meant it as a temporary measure or something. We shall reinstitute it forthwith. Hop to it, Ming!

Turns back to his laptop 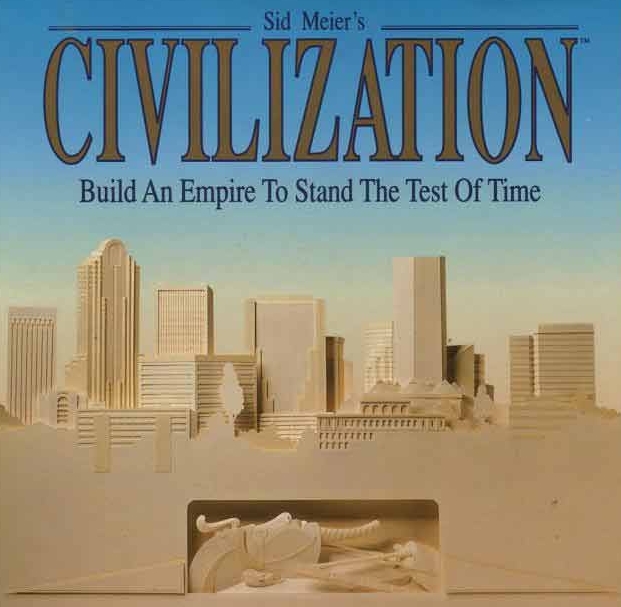 Posted by Boris Legradic at 9:11
Gambrinus
(category : life)
Gambrinus is a very important beer for technical students in Vienna, especially for those who study physics. It's also important for bums, but that is not the point of this - article? essay? blog-entry? Probably the latter, but 'blog-entry' is awfully unwieldy. Maybe there is some expression for this I have missed. If not, I would propose 'blarticle', which strikes me as particularly onomatopoeic. Furthermore, a quick Google Search shows only 1170 results - which means I am only the 734th person to think of this. So, to return from this little tangent, this blarticle is not about bums and their choice of beverage, but rather of students and theirs, and we shall disregard any surprising or unsurprising congruencies.

When encountering Gambrinus for the first time, maybe in the hand of a bum student in the subway station, or maybe on the shelves of one of the supermarkets in Vienna, the erudite beer drinker will immediately recollect Gambrinus , inofficial patron saint of beer. First mentioned by a German poet in the 16th century, he supposedly learned the art of beer brewing from Isis. Now Isis was pretty hot by all accounts, Nephtys (her sister) tried after all to disguise herself as Isis to seduce Set (although why anyone would try to seduce old snake-face remains a mystery to me). This did not work, but Osiris (Isis husband) promptly took her to bed, which is how Anubis was conceived. Isis then had to adopt Anubis, because Nephtys feared the wrath of Set, who, although derelict in his marital duties, was her husband from the beginning.

We can see why Isis knew how to brew beer, and she was nice enough to share that secret with Gambrinus. He, in turn, sorely needed a couple of pints, since being a legendary king of Flanders gives you a powerful thirst, which is compounded by the well-known fact that Flanders is powerfully dull.

Gambrinus is only sold in cans, which means there is no smashed glass at the end of the night, another plus. Also, it is the cheapest beer you can still drink without shuddering in distaste. And, as any student of technical physics in Vienna will be quick to point out, it has the important property of tasting the same, whether it is cold or luke-warm. This athermal behavior has been the subject of many a discussion at the students association of technical physics. The depreciatory (Another tangent: I had the hell of a time deciding whether to use depreciate or deprecate - indeed, before writing this blarticle I thought them the same word and spelled 'deprecrate'. Goes to show that you are never as smart as you think.) answer that the taste just cannot get any worse is, of course, beneath notice. Proponents of this asinity are invited to try and drink warm 'Schwechater' or 'Skol' - if they dare.

The Gambrinus can has had a couple of different incarnations: Originally sold in yellow cans, it had a brief intermezzo in white-green, and presents itself now with characteristic silver-green stripes.

I do not drink it anymore if I don't have to.

To come to the point of this blarticle (yes, there is one): Imagine my delight when during a recent visit to Sopron I found the house depicted below. It is the old town hall of Sopron, constructed in the 13th century. Clearly this is then the very first mention of Gambrinus, and it shows that the Hungarians where levelheaded enough, despite their funny language (or maybe because of it?), to brew beer in the town hall. 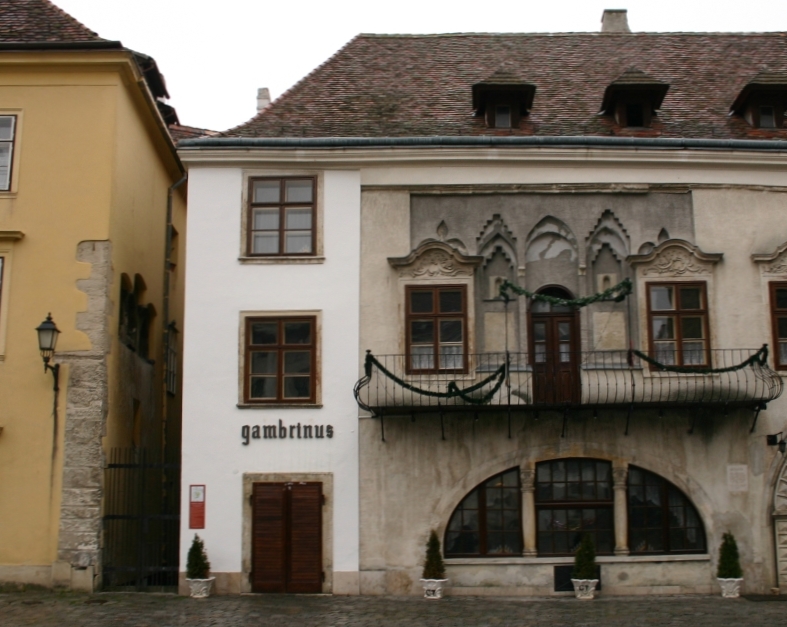 Just last week it happened again. A problem I had been worrying at for hours like some demented, half-starved and feral dog was solved by a sudden flash of insight - while I was taking a crap. Really, some of my best ideas came to me when sitting on the loo. I don't know what it is with toilets and me, but somehow loosening bowel-movements seem to inspire spurts of brilliance - or at least something that can be mistaken for brilliance in a blizzard. In the dark. If you don't look too closely.

I blame it on the scatological fixation I don't have, which results in my thoughts being able to free themselves from earthly constraints, since they are not occupied with phant'sying about the ongoing secretional operation. Or else I am brilliant all the time, and only think my brilliance somehow correlated with the act of excreting, because that tends to stick (ha!) in mind.

Anyhow, I am sure we would think of Archimedes differently if he had shouted his heureka while not only running naked through the streets of Athens, but also...

That is probably what happened really, come to think about it, and Archimedes only later managed to convince everybody that he actually was taking a bath and had not hopped out of his toga to take a dump.

"Seriously guys, I was bathing!"

Sure, Archimedes.
Posted by Boris Legradic at 14:41
Hungarian is funny
(category : life)
Yesterday I was browsing through some photos I took when I was in Sopron, Hungary. There I found the little gem below. I am sorry, Hungarians, but your language is funny. Not as funny as finnish maybe, but still funny. But that's okay, better to have ones language thought of as funny than as ugly (I am looking at you, Willy Rushton!), as German often is. Or Czech. Which is not to say that I dislike the Czech or their language (I even tried to learn Czech once, but then the girl wasn't as interested as I), but try to say 'Put your finger through your neck' in Czech. 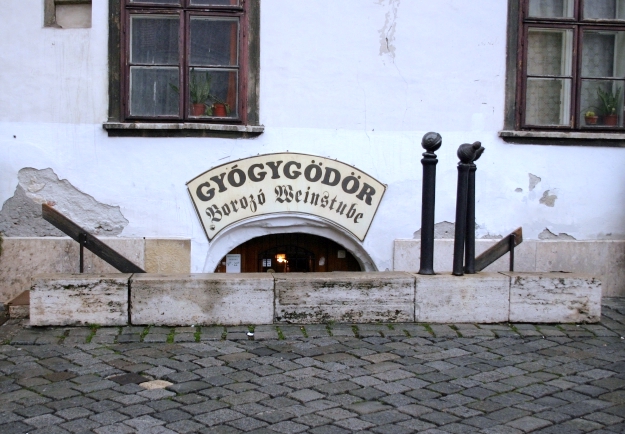 Posted by Boris Legradic at 8:57
Words
(category : life)
I was just reading The Influence of Discharge Chamber Structure Upon the Initiating Mechanism of the High Frequency Discharge by Sherwood Githens Jr., a Physical Review letter from 1940, when I came upon the delightful word preponderant, apparently a synonym for predominant. I think it is the first time I ever read that word, which is decidedly under used. However, a quick Google search furnished me with over 1.2 million hits for "preponderant", meaning that I have just been ignorant.

Many more obscure words can be found here
Posted by Boris Legradic at 8:06
Bureaucracy, swiss style
(category : life)
Austria (my country of origin) is not known for its swift and efficient bureaucracy. Nevertheless France managed to surprise me in 2005, during my ERASMUS-year (i.e. studying abroad). I must have used about eight or nine passport photos (is that how you say it in english? Passphoto/photo de passport), and I am sure an entire forest was chopped down to produce the reams of paper for all the forms that had to be submitted in triplicate. Since I was not clapped into prison for wrongly filling in form 2354/a in subsection c, I thought that I was sufficiently prepared for the swiss equivalents.

Swiss bureaucracy is a curious animal. The swiss are known to be hyper-efficient, and their diverse departments do not disappoint. On the other hand they seem to love labyrinthine conundrums, and getting all the permits you need to get some other permit can get you into some kind of vicious circle, like needing a permit the sejour (i.e. residence permit) for your bank account, which in turn is a requisite for your work contract, which you have to have for your bail a loyer - an try to get that without a permit de sejour!

But today I finally managed to apply for a permit de sejour at the controle des habitants (i.e. immigration) - though I have to wonder at the need to know my mothers maiden name, reminds me a bit on traveling through Yugoslavia when I was little. Now I will soon be able to get a mobile, because apparently you need a residence permit for that - can't have those aliens carrying our mobile phones out of the country!
Posted by Boris Legradic at 14:22