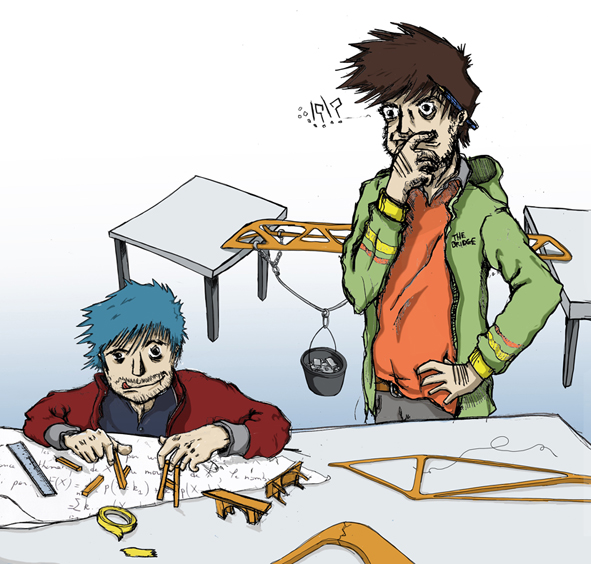 I have several questions :

- By "Undulated cardboard", do you mean single layer or triple layer cardboard? Is it the same cardboard the boxes are made from?
- Are the bucket, weight, hooks and fixation material provided?
- What is the type of the fixation material? (string, cord, flat straps?)
Posted by Jacques-Léonard Louis Michel Delalande on Saturday 26 January 2013 at 10:53
Hi, sorry for the late reply.

you are allowed to use every type of cardboard (without extra treatment).
All the material you'll need to test your structure are provided.
I'm not sure I understand your last question, but your bridge will only lean on two plates as shown in the sketches.
Maybe you can have a look at last year's contest. Even if the rules have changed, the lean method is the same.

I hope to have answered your questions,