PS. I am trai ning my self in Viet nam ese and in that lang uage there are on ly one syl a ble wor ds. :-)
Posted by Oliver Fuhrer at 16:43
Saigon sunset...
(category : Private)
Today we did a very bad thing... we started the weekend already on Saturday. (It usually starts and ends on Sunday). So we hit the streets of Saigon and went to the War Remnants Museum, which boasts a collection of photographs, artifacts and replicat of the Vietnam War. One can never fully empathise with the events that took place, but the many black and white photographs give a glimpse of the effects of Agent Orange, Napalm, American "mercenaries", and a modern war machinery in a rural and poor region. The view given is surely biased, nationalist and anti-American, but the shocking images will not leave my memory for a long time... Out on the road again, one can only wonder how this nation has left this 40 year old memory behind so easily and is moving forward at an unbelievable pace, embracing American culture and investment. 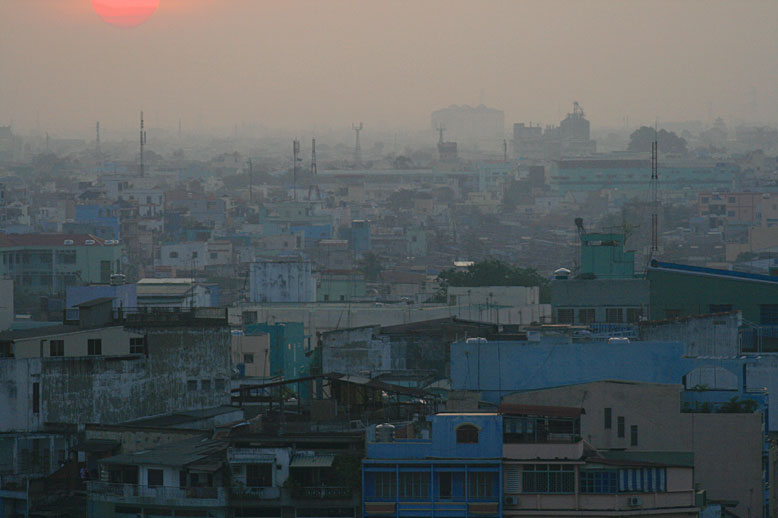 Posted by Oliver Fuhrer at 17:10
Typhoon Durian
(category : Private)
On popular request some comments on typhoon Durian: Probably one of the reasons why Ho Chi Minh City has become the biggest, most populated and economically most powerfull city of Vietnam, is that it is not hit by Typhoons, which usually hit within the "typhoon belt" which ranges from Hanoi southwards down to Hué. So, apart from some for the season very unusual rainfall and moderate winds, HCMC has not gotten much of the action shown so prominently on TV. So we've concentrated on eating the fruit [http://en.wikipedia.org/wiki/Durian] after which the typhoon has been named... 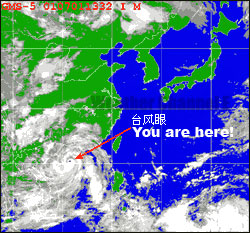 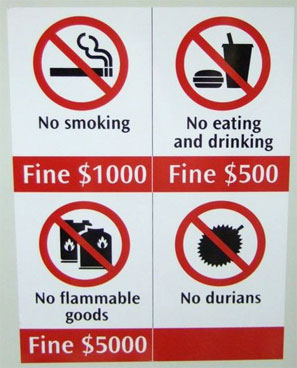 Posted by Oliver Fuhrer at 17:48
Comments (1)
Honey, I'm home!
(category : Private)
We've moved! Starting from today the joys of hotel life (free coffee in the morning, a fresh towel and nice bed every night, drunken american tourists at 2am in the staircase, ...) are over. Apart from being very central, our new apartement has several advantages (see image below): hot jacuzzi just in front of the house, some green plants in a grey city, plenty of space in front of the house to park the motorbike... 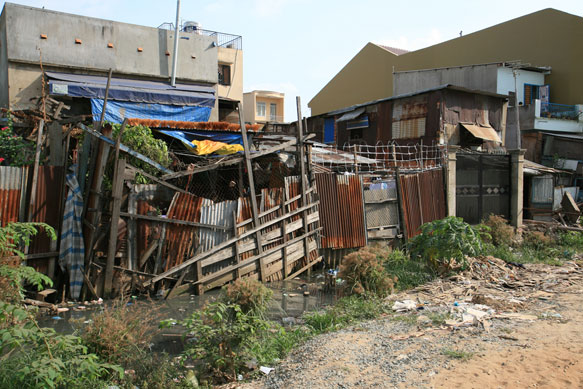 Posted by Oliver Fuhrer at 17:34
I like to ride my bycicle...
(category : Private)
Riding a bike in Lausanne is peanuts! So here I am with my Chinese import 93ccm Honda trying to get a grip on riding a motorbike. Differences to a "normal" bycicle at first seem marginal: You don't have to pedal. But as always, the devil lies in the details. The problems begin with accelerating and breaking. As compared to bycicle where you accelerate with the feet and brake with the hands, for a motorbike it works exactly the other way around. This also goes for shifting gears, which is done with your left foot. Nonetheless, there are also some similarities between riding a bycicle and a motorbike: Cars are your enemy, thieves also like your means of transport, you can easily get yourself killed.

Getting my bike also wasn't easy. After having considered renting one, Bang actually organized one for me from Switzerland. The father of his wife is retired and rarely uses his motorbike anymore. So I thought I will just drop by one evening and sneak away with the bike in order to try it out somewhere safe. No sir! After having had to sing "Octopuse's garden" from the Beatles on the home karaoke box, he told me in his immaculate french "Et maintenant vous me montrez conduire!" Oh shit! Having never driven a motorbike before in my whole life showing off my driving skills to the 60 year old owner of the motorbike probably isn't the smartest of all ideas. Well, we set off to the 24h guarded garage ($3/month) and pointing at the back part of the saddle he told me "Moi assoir ici!". Not only will I crash the bike, hurt myself and get humiliated, I will also be responsible for hurting the father of Bang's wife!!! And off we went...

Everything went quite fine, Bang's father-in-law is still alive and healthy and I got away with a motorbike! And I have to say, crusing with 25km/h, Luis on the backseat and a GPS to guide me towards work is quite cool! After the campaign I will probably stay for another year and test my luck as a Honda-Man, driving people around HCMC for 20'000 Dung (1?) per 5km. I'm also considering tuning my bike before giving it back. They have some really nifty blue-aluminium brake handles! Pimp my ride!

Over and out!
Posted by Oliver Fuhrer at 16:49
Good morning vietnam!
(category : Private)
Xin Chao!

We've finally arrived in the country of Pho [1]. Not having been killed yes in a motorcycle accident, I actually have the pleasure of adding an entry into the blog. After having washed away the black, sticky layer that has accumulated on my skin over the coarse of the day, I am sitting (at 1:51am, hello jetlag) in the hotel lobby our temporary home here. We've already had some interesting conversations in the local lingo of our street, which is probably the most touristic street of all HCMC [2]:

So, after having bought 100g of Marihuana and 5 women, we actually found an ice-cream parlour which was in fact just 100m down the road. If anyone is interested in the GPS coordinates, I can send them...

Sunday I will start trying to drive a motorbike. Stay tuned for more infos such as visiting hours for the Ho Chi Minh City hospital and other useful infos. ;-)

References
[1] http://en.wikipedia.org/wiki/Pho
[2] http://news.bbc.co.uk/1/hi/world/asia-pacific/779487.stm
Posted by Oliver Fuhrer at 20:00
The Visit
(category : Private)
Friedrich Dürrenmatt beat us to the scene in Vietnam by a couple of days. His play "The Visit" (Der Besuch der alten Dame in german) will for the first time be shown in Vietnamese, starting November 24. Of course, if I get a chance and a ticket, I will go and watch it and keep you posted of how it was like. Interesting caveat is, that even though Rudolph Straub is cited to be "a well known Swiss theater and movie director", googling him currently only gives links in Vietnam.