Relying on the conceptual tools acquired during the work on my theoretical essay, the task is to develop a flexible building system driven by the site's geometrical constraints and composed by interconnected assemblies ruled by a precise hierarchy. 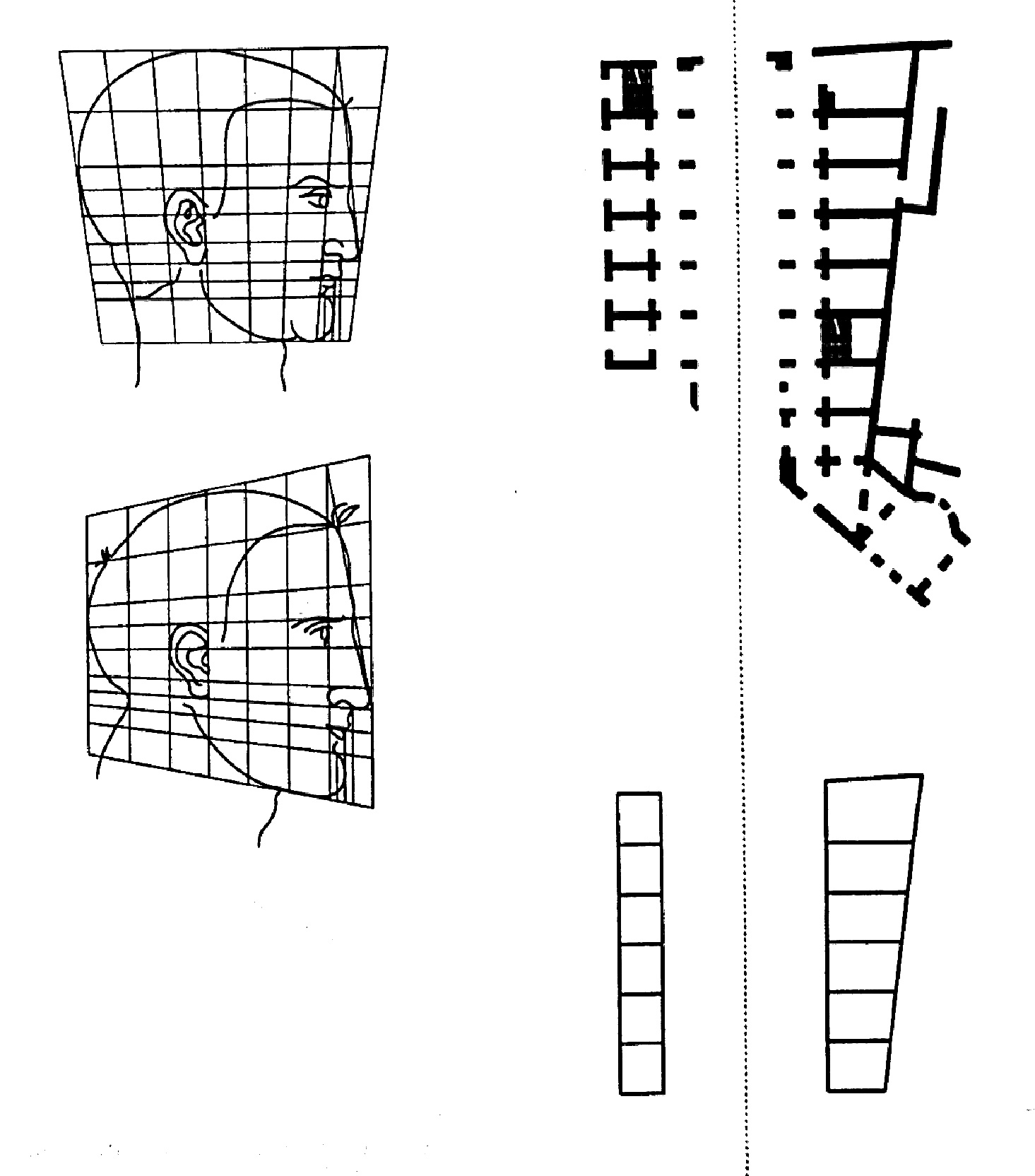 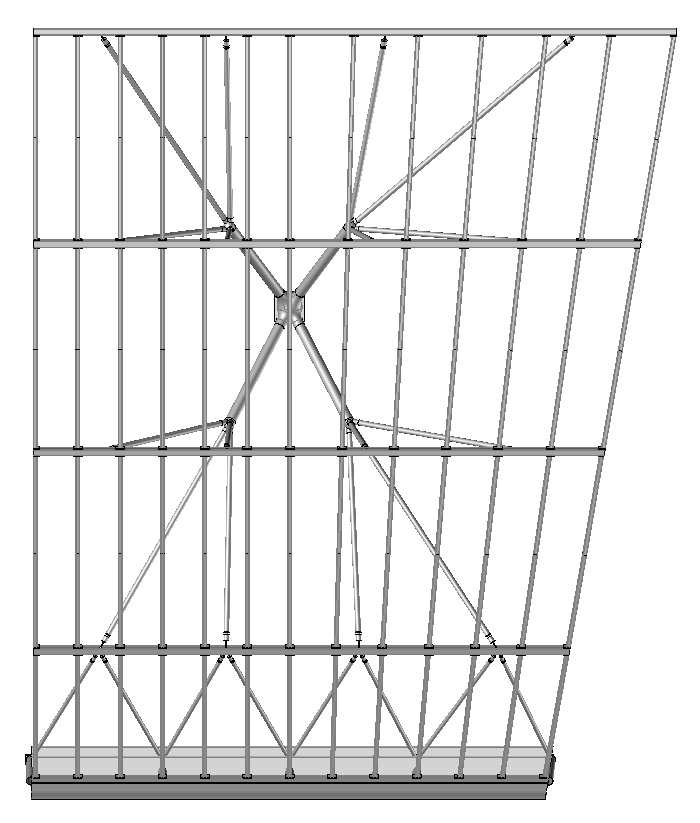 Following the ideas developed in the theoretical essay, steel will be the material of reference, considering the possibilities it offers for off site construction and the ease to automate the fabrication processes.

The developed building system must have the following characteristics:

The first three considerations clearly point toward a building system relying on dry construction principles and favour the use of steel and wood. The use of concrete solve efficiently most of the problems during the erection of the building but creates huge problems when a building must be upgraded, converted or recycled. In order to use the existing static system of the building, concrete is usually not an option, being too heavy and requiring therefore expensive interventions.

Finally, steel must be used when it represents the logical choice in terms of lightness, durability, flexibility and budget. Only a building system relying on these qualities can justify the use of this material. There have been interesting examples of steel prefabricated systems, a possibility is to update them whithin a conception of modularity not centered anymore on the standardization of dimensions. 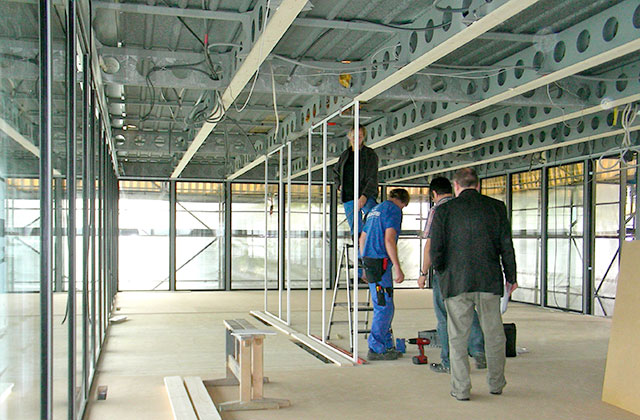 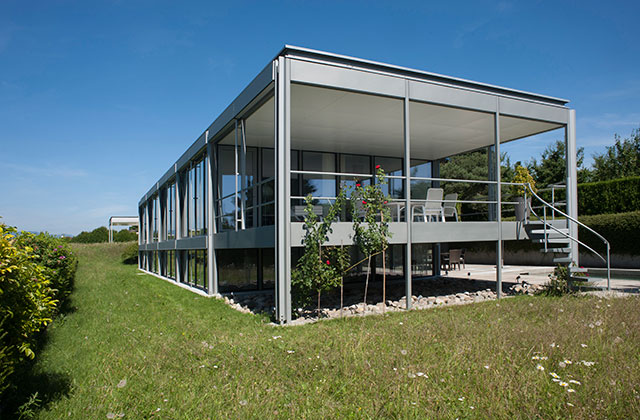 The are thousands of buildings in Switzerland which could potentially be the object of a vertical extension. However, in order to use them as case study, these buildings should be homogeneous from a typological point of view but at the same they should express the constraints given by the surroundings, providing enough variation to showcase the adaptability of the developed building system.

These buildings should be well documented, they should have an architectural interest but at the same time they must be neutral enough to be the object of a vertical extensions without having to deal with arguments of historical heritage protection. Finally, in order to be relevant in terms of urban consolidation, they should be located centrally and a vertical extension should fit in the urban context.

A good set of buildings satisfying all these conditions are the recently refurbished and well documented apartment buildings owned by the city of Geneva. All of them were built between the end of the 19th and the beginning of the 20th century and display a clear urban character with configuration which is strictly site specific.

The 1st of May 2014, the revised Law on Territorial Planning (Loi fédérale sur l'aménagement du territoire, LAT) was brought into force by the Swiss Federal Council. Its clear focus on urban consolidation will strongly affect the way urban areas will develop in the future.

The new law will limit the extension of the already allowed building areas and will provide incentives in densifying the existing urban fabric.

One of the possibilities in engaging in such a process is to extend the existing buildings vertically, preserving the historical heritage and at the same time creating new flexible spaces. From an economical point of view, it is usually very difficult to justify the replacement of a building consisting of a demolition and a reconstruction. Rehabilitation, conversion and extension will therefore be the key words for the future of our cities.

This issue calls for a systematisation and rationalisation of the building system used for this kind of interventions. Limited working spaces, logistics constraints and the need to work in a highly densified area stress the need for a prefabricated building system which can be at the same time rational and adaptable to the site characteristics.

In order to fully exploit the possibilities of vertical extensions and the usually over dimensioned static systems of the existing buildings, this prefabricated building system must be light, easy to calculate and should have the possibility to evolve with time. 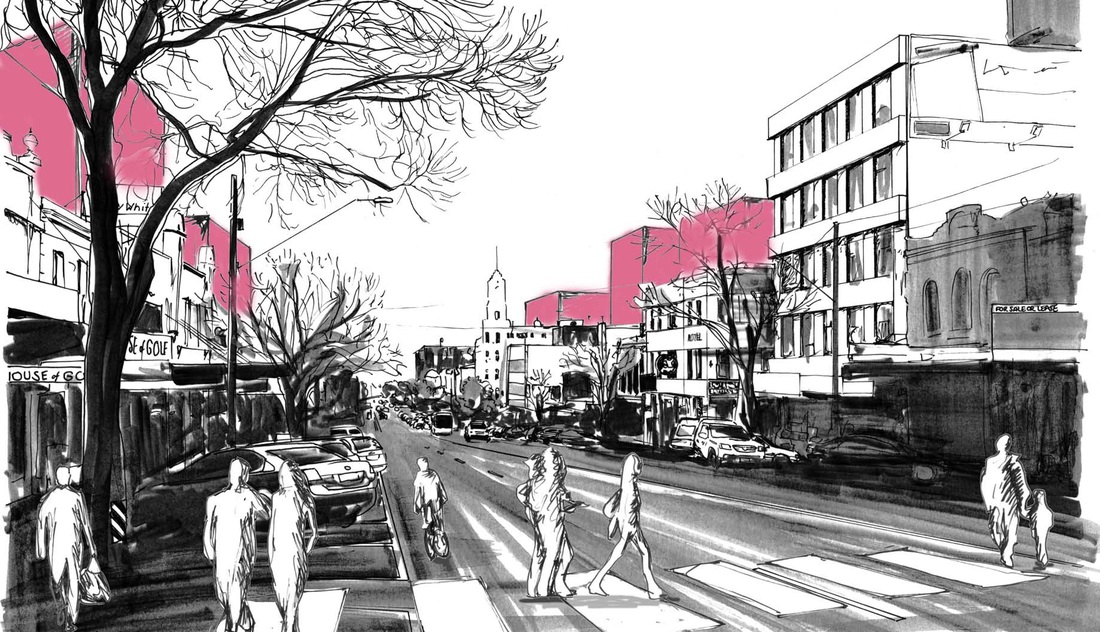 Posted by Matteo Gino Pitton at 11:35