Bose Einstein condensation in the solid state
A team of international collaborators, including EPFL's Laboratory of Quantum Optoelectronics, makes headlines with their research showing that half-matter, half-light quasi-particles called polaritons show compelling evidence of Bose-Einstein condensation in a solid at the relatively high temperature of 19 degrees Kelvin. Their article graces the cover and is featured in the September 28 issue of Nature magazine. 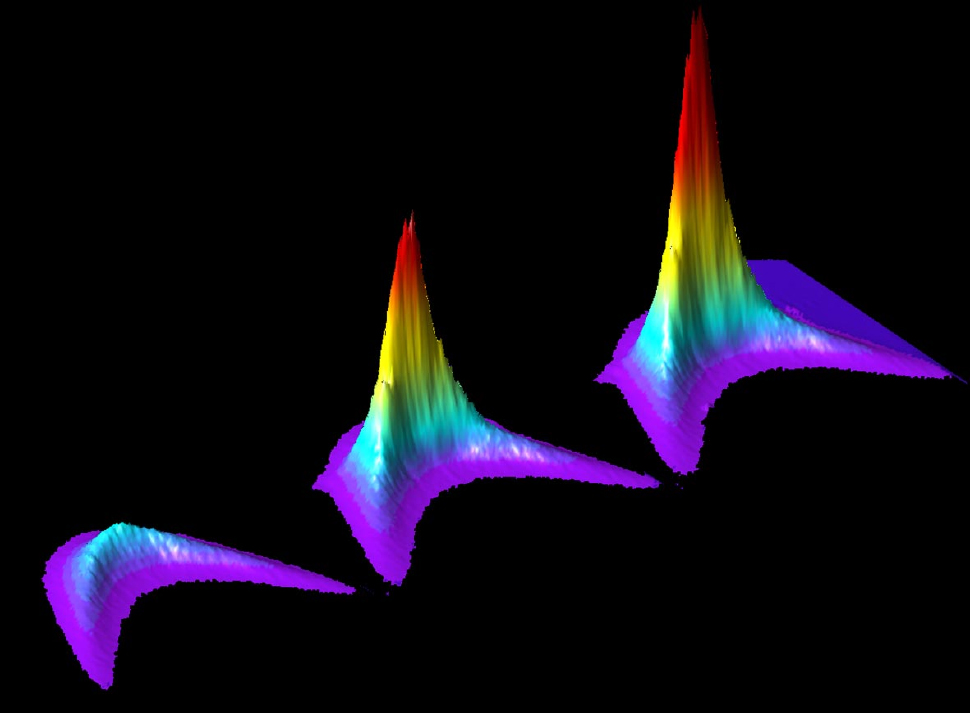 Posted by Ounsi El Daïf at 11:41
Andrea Fiore nominated Full Professor at Eindhoven University of Technology
Andrea Fiore, Project Leader in the NCCR Quantum Photonics, SNSF "Professeur Boursier" at EPFL, has been nominated as full professor at the Eindhoven University of Technology, Netherlands. He will become a member of the Photonics and Semiconductor Nanophysics group in the Department of Applied Physics. We do congratulate Andrea for this success, and thank him for his major contributions both for EPFL and for the NCCR-QP. We wish him the best for his scientific carrier in Eindhoven.

Posted by Ounsi El Daïf at 11:38
GaN Microcavity Laser: Polariton cavity lases at room temperature
Researchers at the University of Southampton and the Institute of Quantum Electronics and Photonics have reported room-temperature operation of a microcavity gallium nitride (GaN) polariton laser with an input-power threshold of only 1 mW, which, at an absorbed energy density of 29 mJ/cm2, is an order of magnitude lower than the best performance obtained to date with optically pumped GaN quantum-well vertical-cavity surface-emitting lasers.